THE SHEKINAH WEND-ZIIRI ONLUS CHARITY ASSOCIATION: HOW IT WAS BORN

Our names are Claudio and Christiane, a married couple with a great love: God. Our Burkina Faso adventure began in 2004 when we first met François, who was already a minister of the Burkina Faso Assemblies of God. At that time he was a fellow student of our son Simon at I.B.T.I., an International Missionary Bible College situated in the south of England. At Easter the school was closing for ten days and all the students were returning home to their families. François, not being able to return to Burkina, was invited to spend the holidays in our home. Our house has always been open and more than once, as the Bible says in Hebrews 13:1-2, we have “shown hospitality to angels, without knowing it.” This time, too, our hospitality bore fruit. During his stay in our home we were able to appreciate his ministry and the sacrifice that he was making in order to attend Bible College. In fact for two years he was separated from his wife Béatrice and his children Daniela and Joshua. That particular year, in order to help our family bear the costs of our children’s studies, my wife Christiane had found a job in a French call-centre. When she received her first pay packet she was excited; just to feel she was able to contribute to the family finances gave her a great sense of joy and satisfaction. It was at that precise moment that our “African adventure” began, because she heard the voice of the Lord very clearly asking her: “Are you willing to give a part of your wages to François?” My wife was surprised, almost not believing she had really heard the voice of God, but after having talked it over with me and discovering that I was in agreement, she decided to do what God had asked. From that day on François’ life was turned around, as was ours. This wasn’t the first time that God had asked us to take a seemingly illogical step of faith, and in the past we had always obeyed. From that moment, François, Béatrice and their children became a part of our family. 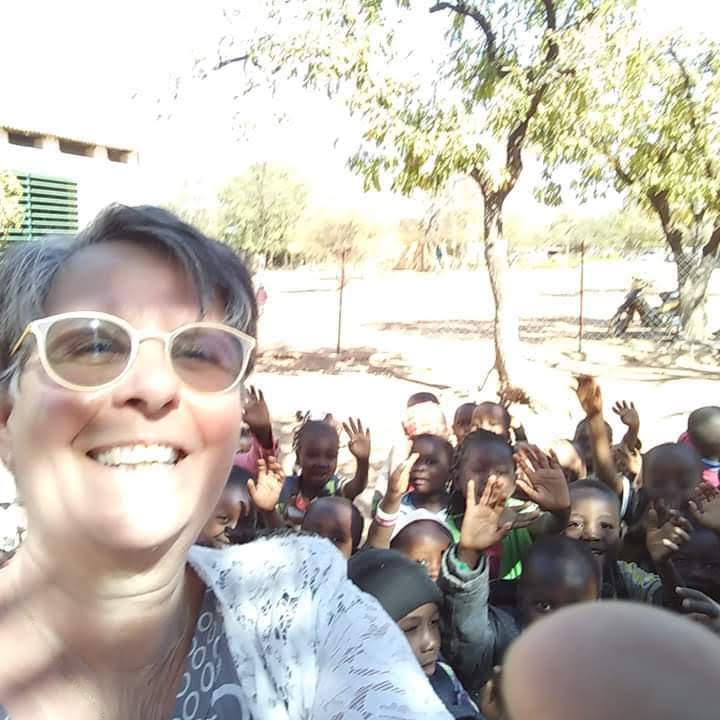 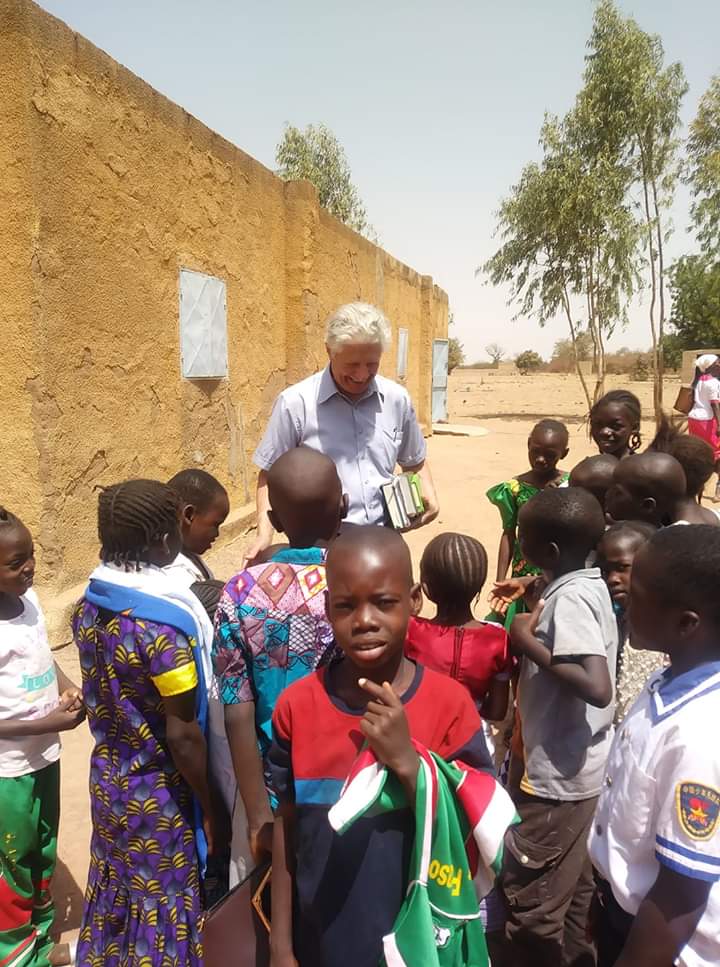 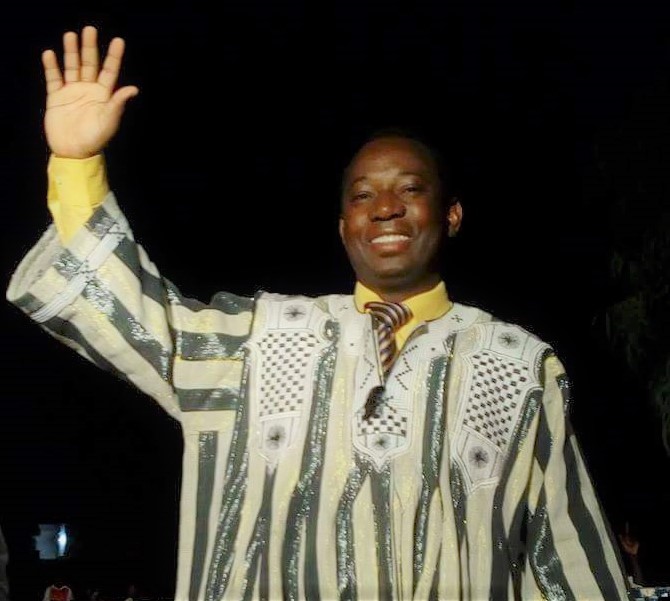 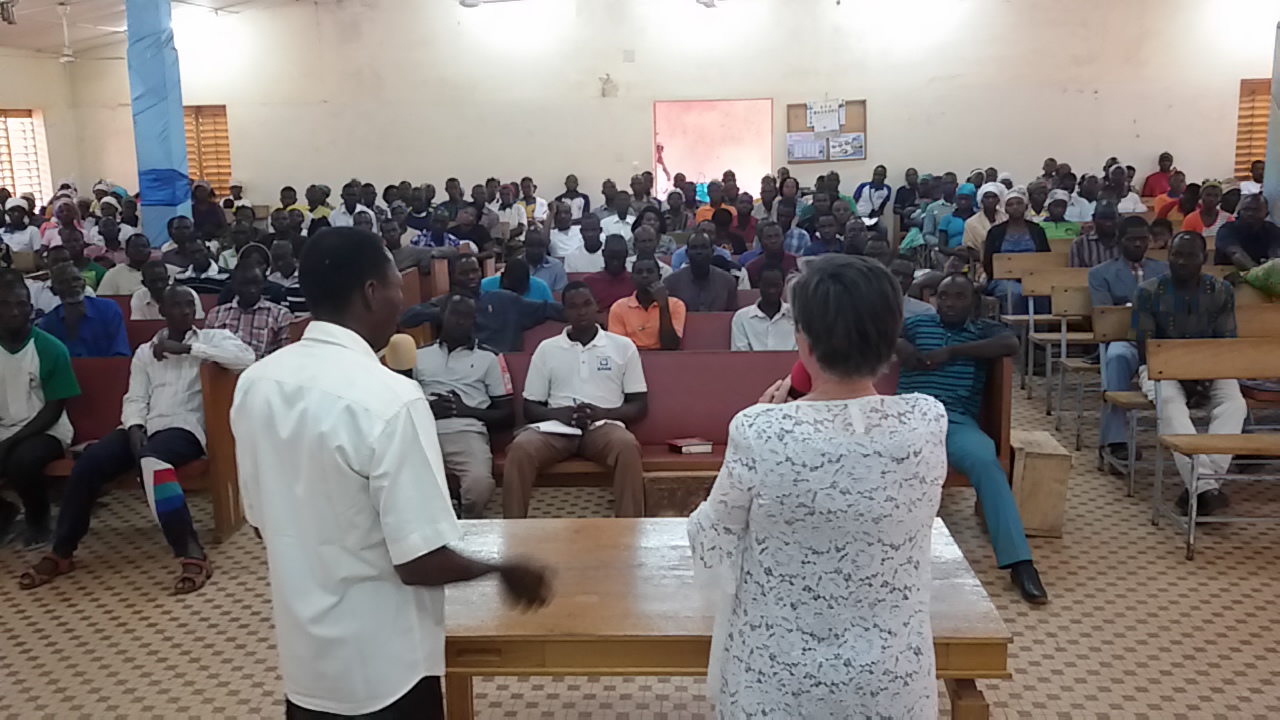 Who is François Xavier Compaoré?

Born into a Catholic family, François wanted to become a priest, but things didn’t go entirely as he had planned. Together with one of his classmates he went to a Catholic seminary to take the admission test. The priest accompanied them to a room where they were supposed to develop some topics listed on several sheets of paper. Just as soon as the priest left them there was a blackout, and the light didn’t come back on until just a few minutes before they were supposed to have finished. Obviously their papers were blank. François abandoned his project of becoming a priest in 1983 after having had an experience of faith in an evangelical church of the Assemblies of God in the Koumassi area of Abidjan, Ivory Coast. What happened was that while he was walking past an evangelical bookshop, two believers invited him in, spoke to him about the evangelical faith and invited him to a church service the following Sunday. During the sermon François’s heart was deeply moved and he understood that God was talking to him. That experience shocked him deeply. Everything he had believed in up to that point collapsed and he understood that that was the right road to follow. On his return to Burkina Faso in 1984, he attended the Assemblies of God church called “Patte d’oie” (Goosefoot) where he received water baptism in 1985 and the Baptism in the Holy Spirit in 1986. He began to serve the Lord immediately as a choir member, then as a Sunday school teacher; he also dedicated time to teaching the illiterate to read so that they could read the Bible. During his High School studies, together with other believers, he took the initiative of forming the “Evangelical Bible Study Group” within the Institute, with the aim of studying the Bible together, and of praying and witnessing about their faith to their classmates. The headmaster immediately opposed this initiative and was personally committed to ensuring that it would be stopped. With wisdom, courage and firmness, François, who at that time was in his fifth year, together with some other older members of the group, stood firm until their battle had been won. The headmaster attended one of their meetings, perhaps hoping to find some excuse to stop them again, but the Lord touched his heart and at the end of the meeting he complimented them as to how it had gone, officially giving them his authorisation to continue this activity and making himself personally available for any needs they may have had.

For three years François attended the school of Biblical and Agricultural training in Banankeledaga (Bobo Dioulasso) from 1989 to 1992. At the end of this study period he joined his spiritual mentor, Pastor David Compaoré, who had been the President of the Burkina Assemblies of God for 12 years. Following on from that, in the Patte d’oie church, with the support of his pastor and the help of another two people, he began his first Scout group. From 1993 to 1994 he went to the Missionary Centre in Carhaix, France, where, as well as deepening his knowledge of the Word, he practised real Scouting with a large group already operating in the Centre. Upon returning to Burkina, Scouting grew remarkably; there were now 5 groups with around three hundred participants. Scout camps were organised twice a year and François was nominated National Commissioner for Evangelical Scouting in Burkina Faso. In 1997 François clearly heard the Lord’s voice calling him to full time service while he was working as a teacher in an evangelical school. So he left his job and has been serving the Lord full time since 1998. In 2002, after three years of attending the Theological Faculty of the Assemblies of God in Lomé, Togo, he got his degree and in 2003 went to England to continue his studies in an International School specialising in missionary work (International Bible Training Institute), in order to study the English language; in fact he felt in his heart that his ministry would also expand to the English speaking countries in Africa. In that school, which is famous amongst evangelicals, he became a special friend of Simon Pastorello, and this friendship led to him to see important developments in his ministry occur in a short time. François had been one of the pastors in the “Patte d’oie” church from 1992 to 2005. In 2005 he left the community in order to found the work in the Karpala Muslim quarter where he is still working today. Together with a team of brothers he collaborated in founding the “Departement des enfants des Assemblées de Dieu” (DENAD) – the children’s Department of the Assemblies of God – of which he became the first national secretary. He was also director of the VIMAB mission in the sub-region of Bogodogo and member of the missionary committee of the Ouagadougou region. Then he became national secretary of the ANEP organization which looks after pastors’ children. After being engaged for four years, François married Béatrice R. Tapsoba in 1995, with which he has had four children, two boys and two girls: Daniela, Joshua, David and Sephora, (this last one in the photo.) Béatrice came from a Moslem family and her conversion to Christ in 1979 had caused her many trials and much suffering. She accepted Jesus as her Saviour at the age of 9, but as you can imagine her parents tried very hard to impede her in her new life. When she and her sister would go to church and her father found out about it, he would tie both of them to a chair and leave them without food for three days, but they refused to be defeated and in the end, years later, they received permission to freely attend the church. Béatrice was one of the first believers in the Patte d’oie church. In 1991 she left her job so as to follow a three year theological course in Bobo Dioulasso, another large city situated 450 kilometres west of Ouagadougou. Today, not only is she a mother of four children, but is also the adoptive mother of two grandchildren and a valid help in François’s ministry.